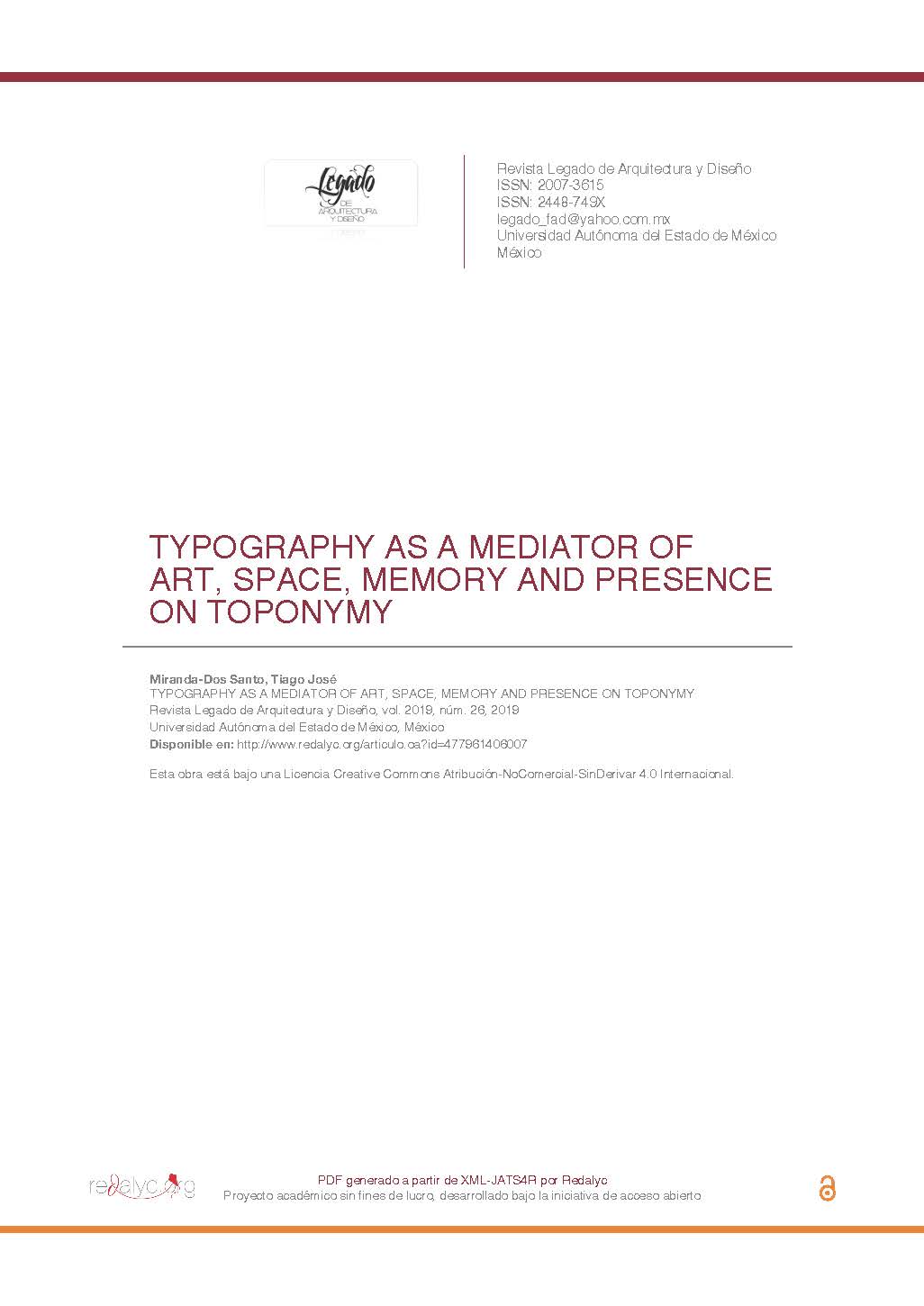 Communication through some media gives meaning to a message, or canexpress the desire to communicate. roughout history, typography has been atculture and written communication’s service, responding to the languages, cultures andsocieties’ evolution stimuli. Its history should be understood as the study, from thepolitical, philosophical and artistic point-of-view, of the several movements and thehistory of humanity. erefore, the proper use of typography demands mastery of itsform and use, in favour of its content, leaving space for a rational expression of thehuman world, built by his knowledge, imagination, wishes and desires. To conclude,the form of typography depends on the language of the text and its medium, referringback to spatial perception and each’s surroundings, contributing directly to its memoryconstruction.Until 1974, Portugal was a very closed country, which prevented a widespread visualhomogenisation of the urban. is fact led to the existence of an unusual typographicheritage, yet it is not connoted a specific typographic style. According to Balius (2013),further development on the reflection of the social impact of typography is needed. This article proposes to examine current signposts typography present on the city of Coimbra,Portugal, identifying and analysing shapes, types and typographic families of dominantand distinct letters, referring to the space analysis and its history, compared to the placeand the history of typography. is analysis enables history as an active object, allowingthe transmission of typographic legate beyond the scope of the design.

Copyright Notice
To be published an article in Legado de Arquitectura y Diseño, the author must send the "License of Use" format where he declares the originality and authorship of the article in question; likewise, you must assign the copyright to the Autonomous University of the State of Mexico, filling out the pre-established format for it.